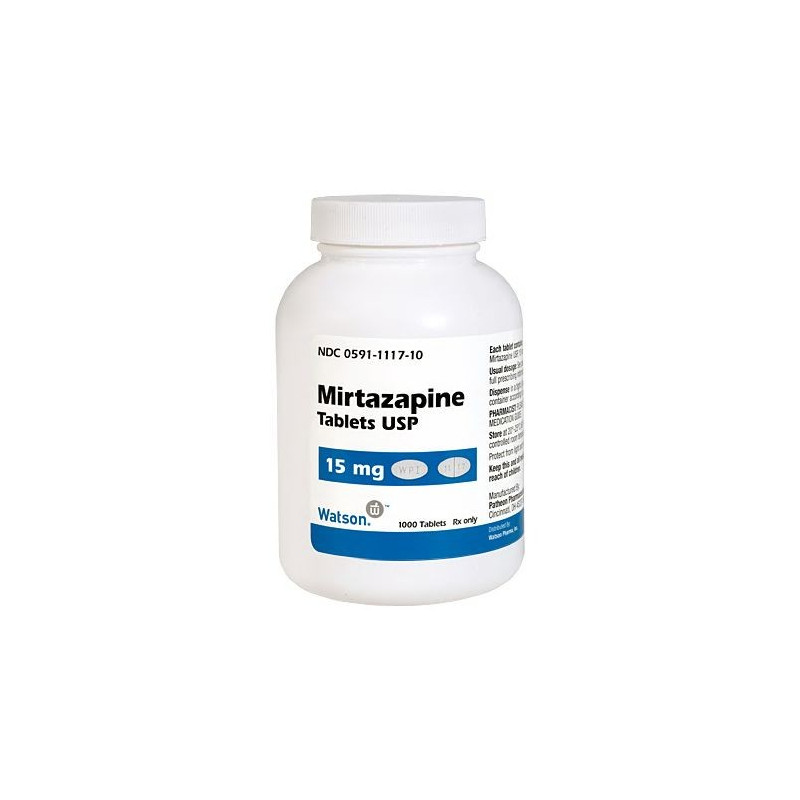 Mirtazapine is used in behavior modification in dogs and cats on occasion but has been used more often as an appetite stimulant in pets that are reluctant to eat. It is commonly used for long term control of diseases like Inflammatory Bowel Disease in Dogs (IBD) and in elderly renal failure cats.  Some veterinarians may also use it for the treatment of separation anxiety in dogs, inappropriate urination (urine spraying) and anxiety in cats. The use of this drug in cats with interstitial cystitis is based on the condition's association with stress, and increased central nervous system activity occurring as a result of this disorder (because of frequent and painful urination). Mirtazapine requires a prescription from a veterinarian.

Mirtazapine should not be combined with other antidepressants. The safety of using mirtazapine in pregnant or lactating dogs is unknown at the present.

What are the side effects:

How should I store this product:

Store in a cool, dry place inaccessible to children and pets.

Give this medication as directed by your veterinarian. Generally, Mirtazapine is given once a day to dogs, and twice a week to cats. However, dosages vary by weight.

3 other products in the same category: