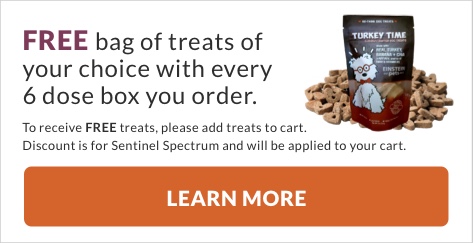 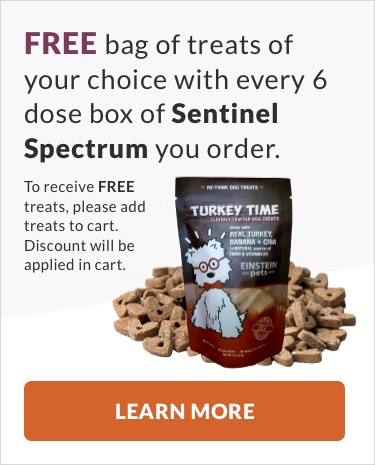 What is Sentinel Spectrum?

Prevent your dog's heartworm and flea protection with Sentinel Spectrum, the only beef-flavored chewable to protect against 6 parasites. It is given monthly. Each chew also treats and controls whipworms, hookworms, roundworms and tapeworms. Sentinel Spectrum requires a prescription from your veterinarian.

Mild, transient hypersensitivity reactions, such as labored breathing, vomiting, hypersalivation, and lethargy, have been noted in some dogs treated with milbemycin oxime carrying a high number of circulating offspring (microfilariae). These reactions are presumably caused by the release of protein from dead or dying offspring. Do not use in puppies less than six weeks of age. Do not use in dogs or puppies weighing under two pounds. The safety of Sentinel Spectrum has not been evaluated in dogs used for breeding or in lactating females.

Side effects of Sentinel Spectrum

Other drugs that will affect Sentinel Spectrum

While Sentinel is safe to use in dogs at risk for MDRI-allele mutation (Australian Shepherds, Collies, Shelties, etc.), unless tested normal, caution is advised if your pet is also being given amiodarone (Cordarone), azole antifungals such as ketoconazole, carvedilol (Coreg), cyclosporine (Atopica), diltiazem (Cardizem), erythromycin (Ery-Tabs) or clarithromycin (Biaxin), quinidine, spironolactone (Aldactone), tamoxifen, and verapamil (Calan).

Do not remove Sentinel Spectrum from the wrapper until ready to give to your dog.

Store in a dry place at controlled room temperature, between 59° and 77°F.

7 other products in the same category: 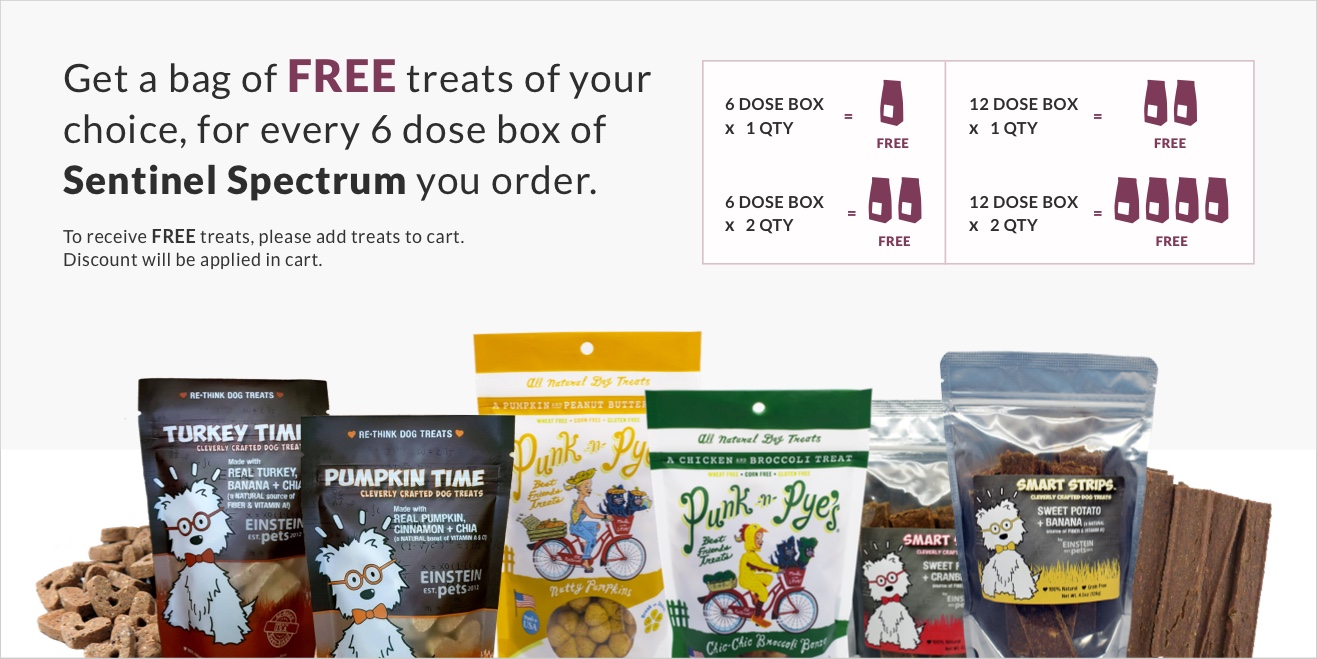 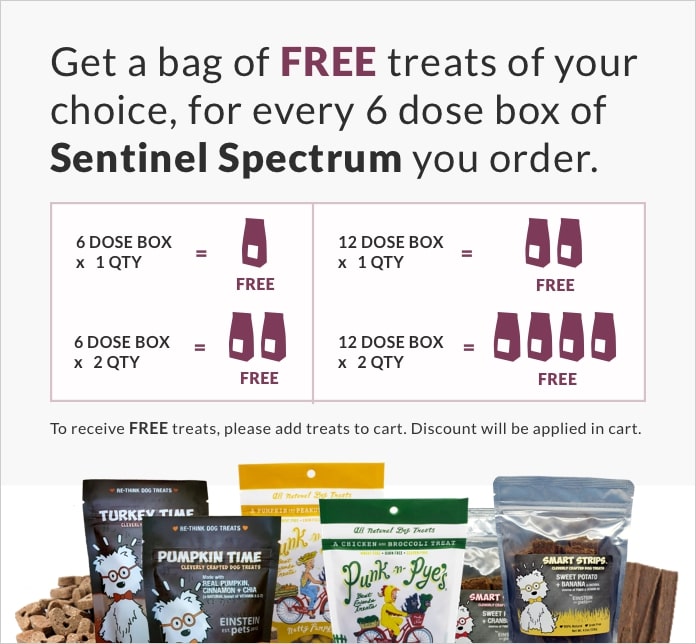